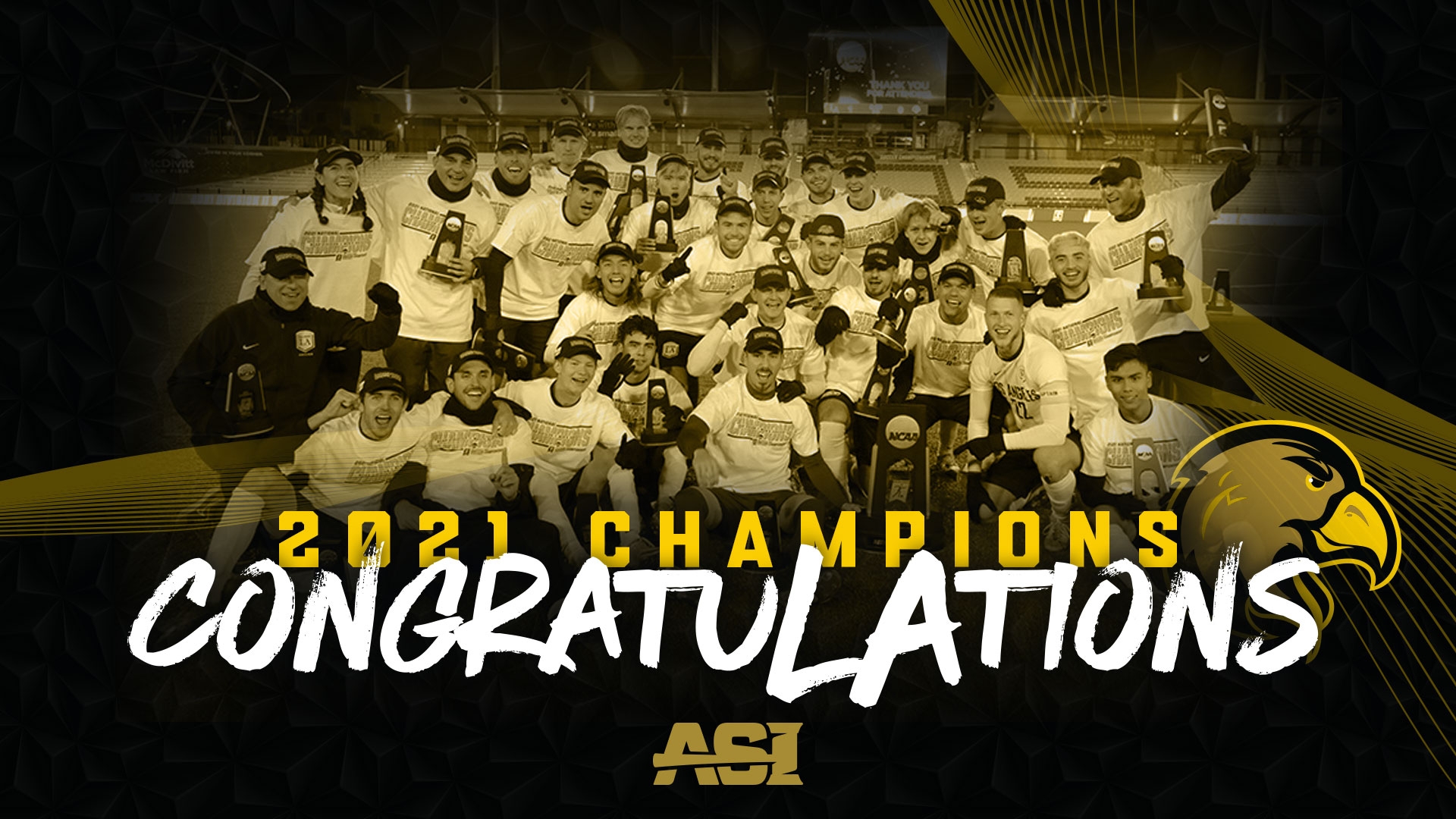 For the first time in Cal State LA men’s soccer program history, the Golden Eagles are NCAA Division II National Champions.
Riding a single first-half goal from sophomore defender Simon Johansen, Cal State LA locked up the historic 1-0 victory at Weidner Field in Colorado Springs, Colorado, on Dec. 11, denying the University of Charleston from West Virginia a goal for only the third time this season. With the win, the Cal State LA Golden Eagles avenged their national runners up finish from a season ago, when they fell in the national title game 2-0 against Charleston’s Golden Eagles.

“We know how hard it is to get to the national final, even to the Final Four,” said senior captain David Elizaga in a post-game interview. “We did it last year and ended up losing to the same team that we played today. Winning it this year and winning it in our senior year, it’s an incredible feeling. We have no words to describe it.” The national championship is the eighth from any sport in school history and Cal State LA’s first since 1981.